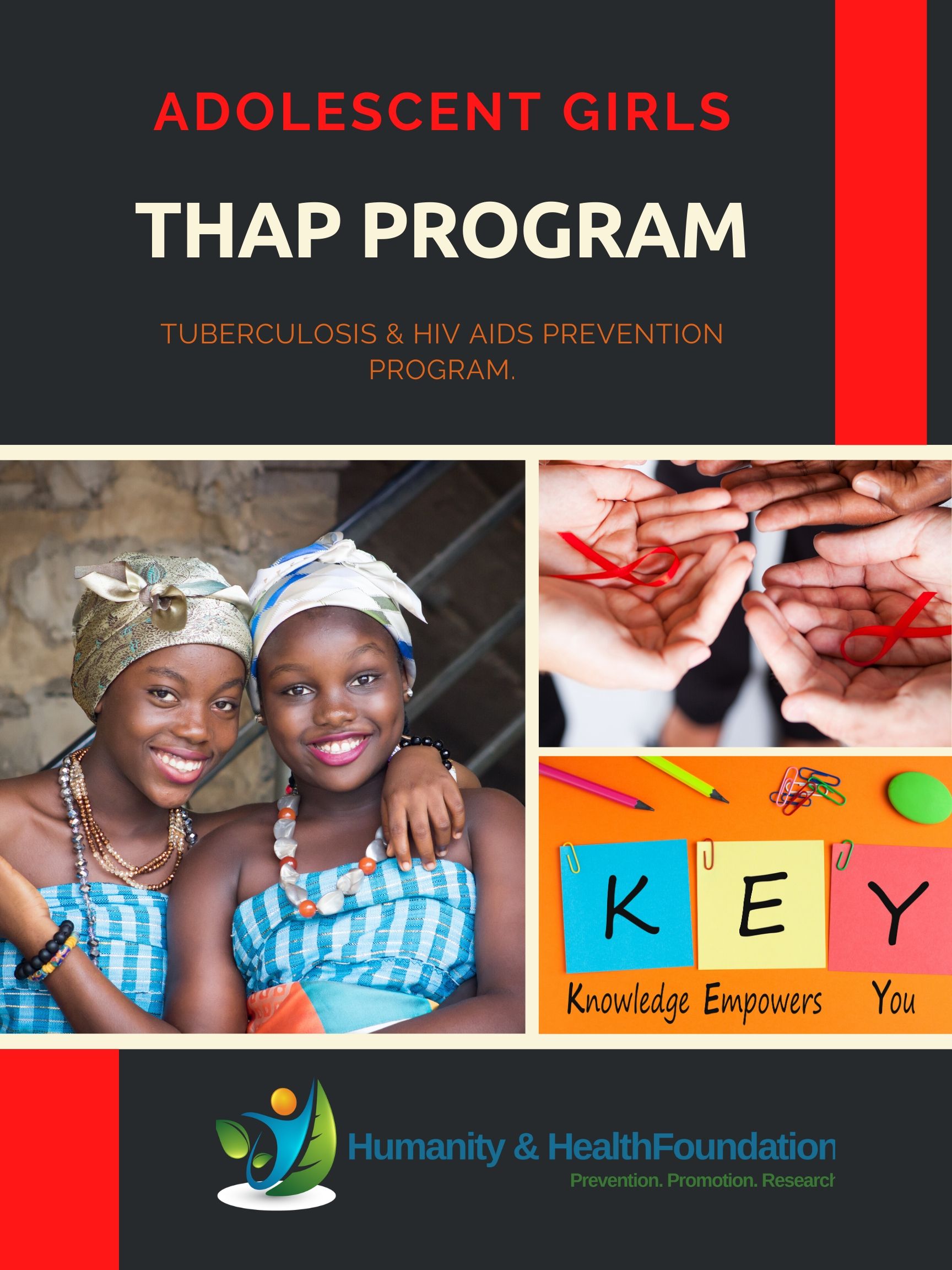 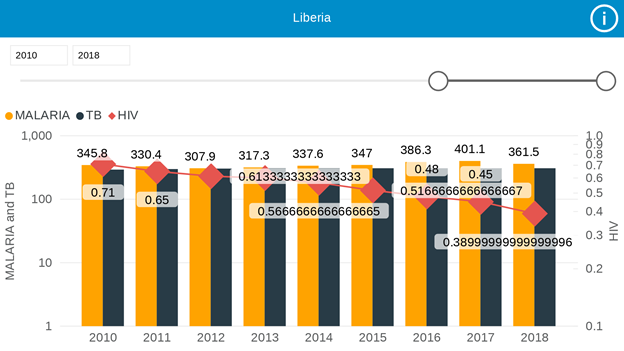 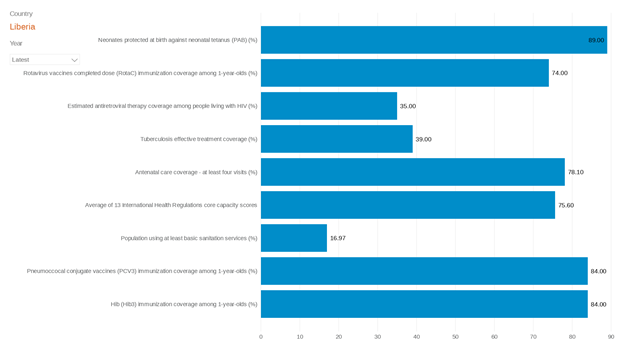 Geographic and Administrative Profile
Located in West Africa, Liberia is bordered by Guinea to the north, Côte D’Ivoire to the east, Sierra Leone to the west, and the Atlantic Ocean to the south. The tropical rainforest and plateaus occupy 45% and 27% respectively of its surface area of 37,240 square miles. With Monrovia as its national capital, the country has 15 administrative counties: Bomi, Bong, Gbarpolu, Grand Bassa, Grand Cape Mount, Grand Gedeh, Grand Kru, Lofa, Margibi, Maryland, Montserrado, Nimba, River Gee, River Cess, and Sinoe.

Demographic Profile
Liberia’s population has grown from about 3.5 million people recorded in the 2008 census to an estimated 4.2 million people in 2012 by the World Bank Report. With about 43% of the population below 15 years of age, the country has an extremely young population. The Bank report also estimated life expectancy at birth at 60 years (61 females and 59 males) and 60% literacy rates for adults and 77% in youth. About 50% of the population lives in urban areas. The LHDS 2013 report reveals a total fertility rate of 4.7, a contraceptive prevalence rate of 20%, and an infant mortality rate of 54/1000 live births. The under-5 mortality rate is reported at 94/1000 live births: 75% of the deaths occurred before the first birthday with 28% occurring in the first month of life.

Economic Profile
Since 2003, the country has enjoyed peace, two democratic elections, and nearly a decade of economic recovery. The Liberia Poverty Reduction Strategy of 2008–2011 provided the stimulus for growth to a struggling and weak economy, rehabilitated some infrastructure, and generally reduced the punishing burden of poverty for many Liberians. However, the United Nation’s Human Development Index 2012 shows Liberia remains one of the poorest countries in the world. The World Bank estimated the country’s gross domestic product (GDP) per capita in 2012 was
US$655; about 82% of people are self-employed with 49% engaged in subsistence agriculture. Many challenges to high and sustained economic growth remain and include enormous institutional and human capacity deficits and weak infrastructure especially roads and power.

Health Systems
Since 2003, the health sector has made a steady recovery and progressed from its post-conflict emergency status to reconstruction and normal development. The GOL and faith-based organizations provide most of the facility-based care while civil society including faith-based organizations provides much of the community-based care. Under the National Health Policy and Plan 2007-2011, functional health facilities increased by 64 percent, from 354 to 550, and facilities offering basic services increased from 36% in 2008 to 84% in 2011. The health workforce also increased from around 5,000 to about 8,000. However, most of the benefits of health services are skewed in favor of urban than rural populations. Significant under financing of the health sector is resulting in inadequate M&E of the delivery of health service, ineffective procurement, and supply chain management system, and the provision of poor quality services.

HIV and AIDS
HIV Epidemic Situation
Liberia presently has a generalized HIV epidemic with the general population HIV prevalence of 1.9% (2013 LDHS). The South Central Region has the highest prevalence of 2.75% among the five regions and Montserrado, Margibi, and Bomi Counties have the highest prevalence among the 15 counties. HIV prevalence is also higher in urban than in rural areas, in females as compared to males, and in key populations relative to the general population. The impact of the epidemic continues to be significant. The Spectrum Modeling estimates for 2014 reveal there will be 1,789 new HIV infections including 309 in children 0-14 years. About 57% of the new infections will be in females. There will be 29,538 PLHIV including 2,730 in young people 15-24 years and 4,784 children 0-14 years. About 56% of PLHIV are female. The 2013 LDHS reveals the HIV prevalence is 1.9% (2% in women and 1.7% in men), up from 1.5% in 2007. The HIV prevalence amongst pregnant women has decreased from a peak of 5.4% in 2007 to 2.5% in 2013; this is mirrored by a moderate decrease in the mother-to-child HIV transmission rate at the cessation of breastfeeding from 37% in 2009 to 29% in 2013. An estimated 2,330 PLHIV (including 52% female and 311 children) will die from AIDS-related causes with 97% of the deaths occurring in PLHIV not on treatment. Cumulatively, there will be 38,462 AIDS-orphans in 2014, equivalent to about 19% of total orphans from all causes.

Young People 15-24 years
The 2007 Liberian Demographic and Health Survey (LDHS) reported that the HIV prevalence nationwide was 1.5%. The prevalence was found to be higher in urban areas than rural areas, and higher among females than males. The rates of infection were three times higher among adolescent females (ages 15–19) compared to males (1.3% vs. 0.4%) and almost three times higher among young females (ages 19–24) compared to young males (2.0% vs. 0.7%). The 2007 LDHS also report that

Click here to donate and support this project, Thank You.

Forgot Password
Please Login
Hi, Register to Join Us
error: Content is protected !!
SearchPostsLoginCart
The Lazy Person’s Guide to Saving the World
Service Delivery – For A Sustainable Project
‘Truly dreadful’ poverty rise must prompt Government action
WHAT ARE THE GLOBAL GOALS?
Guide to Financial Management in the NGO Environment
Empowerment – For A Sustainable Project